overset : (bug?) whole background domain switch to "wall" (cellType=2) if an overset wall get very close to a background wall

I am doing some tests to see if the overset method could be used to simulate the closing of a valve. My test case is a simple background domain with an inlet/outlet (compressible) with a restriction supposed to be closed by a moving wall present in the overset "region". The movement is done via displacementLaplacian.

My problem is that when the moving overset wall get close to the background wall, the entire background domain is switched to cellType=2 (wall/hole) and it never switch back to "normal". See the attached video illustrating the problem.

I don't know if it is a bug or if I am doing something not supported (wall contact) but happens to work in v1806.

The videos was done with moveDynamicMesh in sequential. The mesh is (really) coarse outside the overlapping region in order to speed-up tests. The test case can be provided if needed.

comparison between versions for trackedInverseDistance : 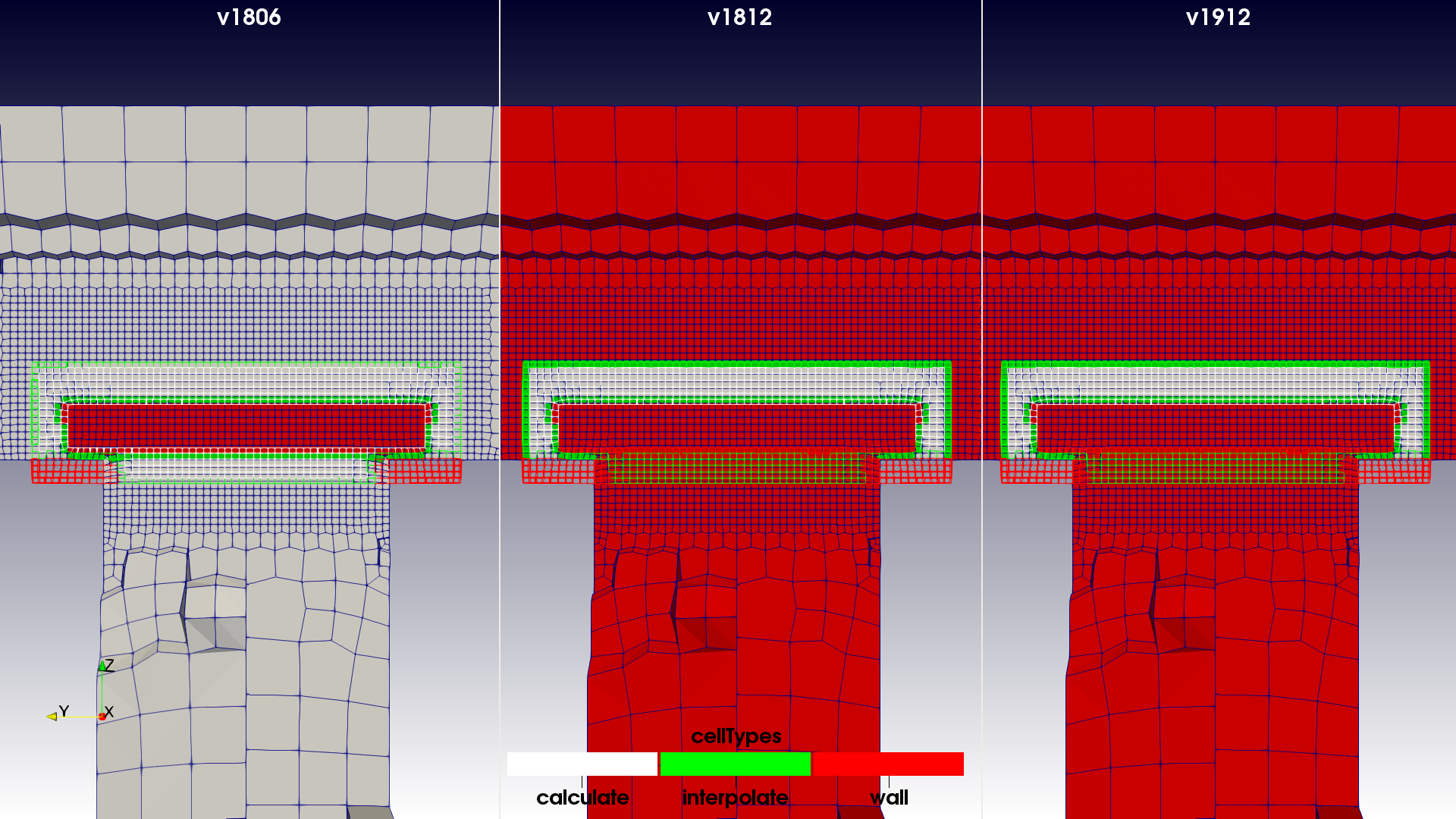 results for leastSquares in v1912, just before everything get flagged as hole/wall : 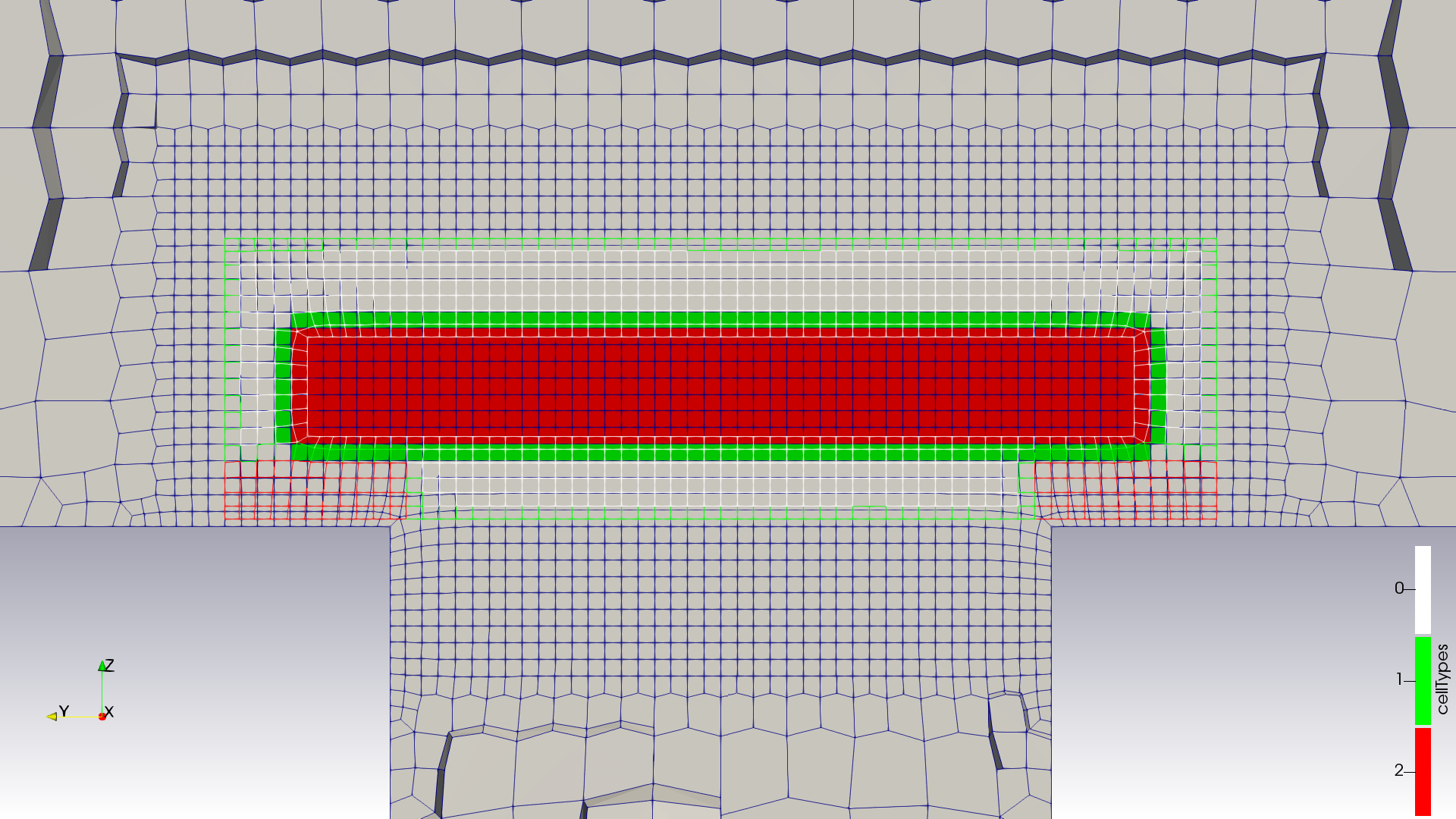