Solver reports that it runs PIMPLE mode but actually it runs in PISO mode. Further more, residualControl for PIMPLE cannot be used.

Have a look at the log.chtMultiRegionTwoPhaseEulerFoam. It will show

There are no other differences in log because it run before in PISO mode as well. It just informed wrongly. 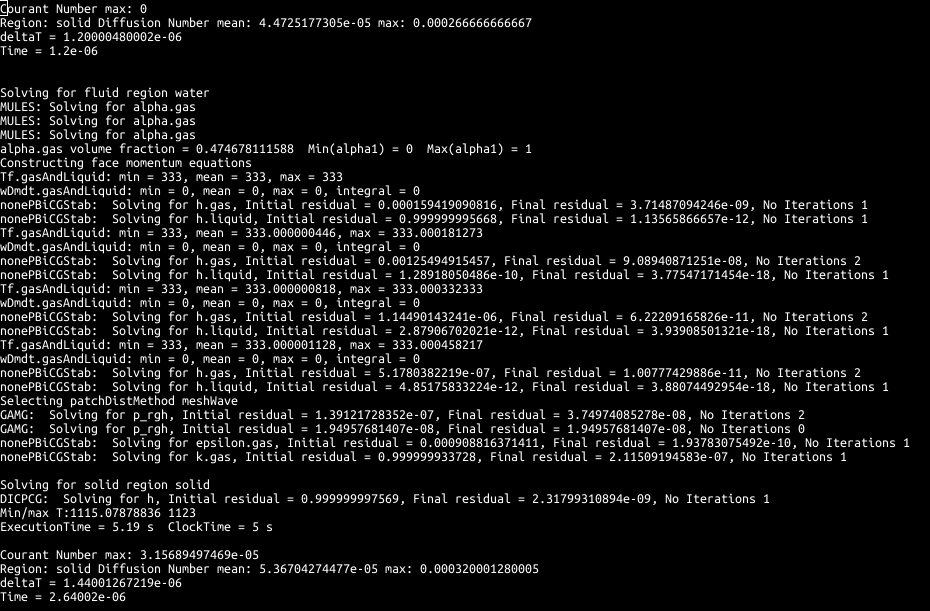 Apparently, the solver outer loop logic which loops over fluid and solid regions is based on system/fvSolution. It constructs object of pimpleControl from system/<region>/fvSolution, but it does not use it for outer correction loops. The pimplControl object is constructed in createFluidFields.H but it is used only for pressure correction loops and nonorthogonal correction. Thus, eventhough the number of outercorrectors and residualControl are read from system/<region>/fvSolution, they are not used.

The residualControl was tested adding

It should correctly inform whether PIMPLE runs as PIMPLE or in PISO. Also, residual conrol should be possible to use.

Perhaps pimpleControl class should be adapted for multiregion solvers.