Hello, I'm running the boatAndPropeller tutorial and the prescribed rotations assigned to the propeller and rudder don't seem to match what is defined in dynamicMeshDict. This seems to be linked to the prescribedRotation restrain.

My understanding is that the propeller should accelerate until reaching a constant speed, and the rudder angular speed should be a sine wave, according to the dynamicMeshDict file: 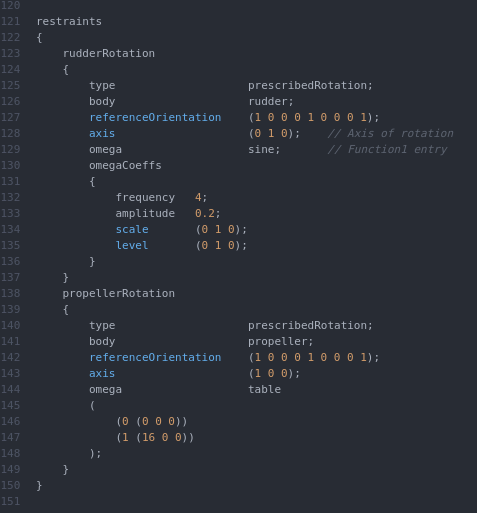 The angular velocities as calculated with v2006: 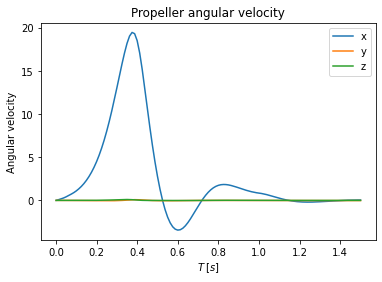 My guess is that it could be the prescribedRotation restrain.