(Explanatory content by @THO - I just added/removed few things)

This functionObject calculates the so called age of air inside any domain. This is useful in HVAC analysis to check the ventilation of a room, office, theater, cinema, academic rooms etc.

The function object is similar to use the scalarTransport function object + adding a source term via fvOptions. However, the main advantage of the age functionObject is that the user does not have to provide the volScalarField. It is generated automatically based on the patches a user uses:

The calculations of PPD, PMV, and DR are normally single values for a single room: so its just rough guess. With CFD we have the possibility to evaluate each numerical cell separately and hence, HVAC analysis can predict more accurate and more understandable results. HVAC analysis also used for swimming bath, sauna areas and much more.

These quantities are based on the following computed fields: 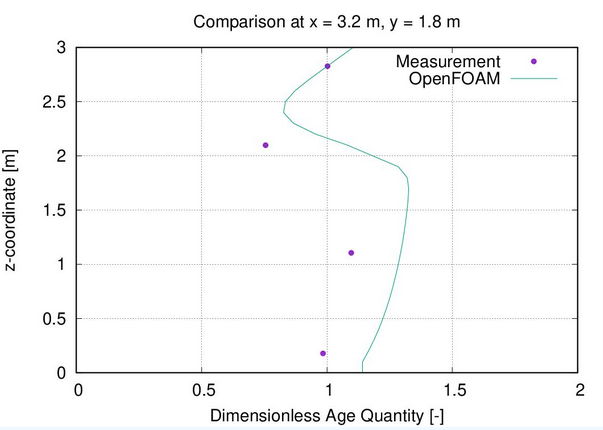 Unluckily, there is no validation case available for this function object. The only possible "check" is to use a one-cell domain, set parameters (as given in the EN ISO 7730:2005) and check if the same results are outputted.