An enhancement and review of the adjoint optimisation library, featuring

Partially resolves #2502, allowing the update of the nearWallDist field throughout an optimisation loop.

Details of the code enhancement

featuring areas where the sign of the sensitivity map changes when turbulence is not differentiated. 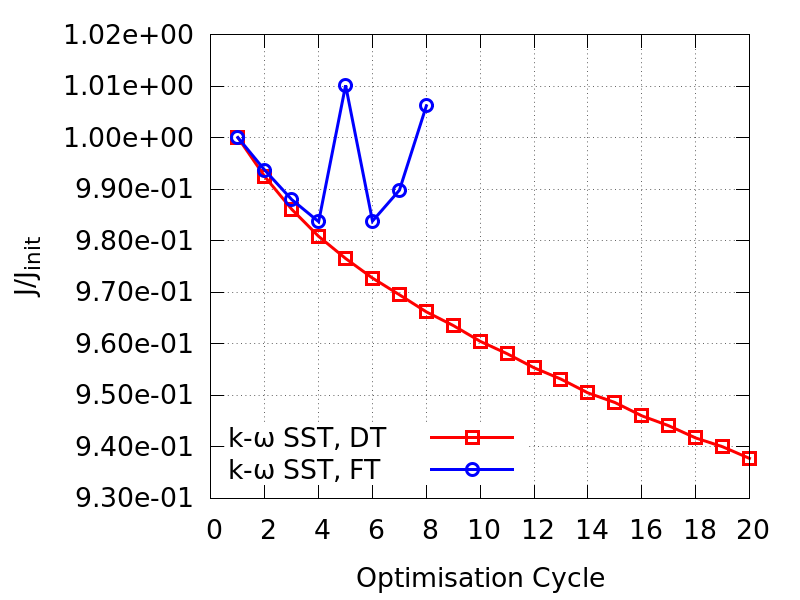 The DT approach reduces drag by more the 6% within 20 optimisation cycles whereas the optimisation based on the FT assumption diverges after the fourth cycle.

The work is based on [1] with changes in the discretisation of a number of differential operators and the formulation of the adjoint to the wall functions employed by the primal model.

The initial implementation, as described in [1], was performed by Dr. Ioannis Kavvadias.

Details of the code review