cellTypes isn't calculated correctly when walls are close or overlaps. This is a known issue. I'm proposing a fix below for inverseDistance.

Run the attached testcase with inverseDistance. Any other tutorial is also fine just move overset meshes outside the domain.

I’m attaching a small test case with two zones. The second zone is object that slides along the wall of the background mesh. This case works with my proposed fixes to inverseDistance. It also works with cellVolumeWeight but one has to copy cellTypes from a fixed inverseDistanceStencil to the first time step.

cellTypes isn't calculated correctly when walls are close or overlaps. This is a known issue, e.g. buggs 1636 or 1288.

Due to the coarseness of the mesh of the attached case a rather large part of where the walls intersect is cut out. I think this could be improved by a better selection of nDivs. Currently we select the number of divisions bases on sqrt(nCells) (2D). nCells is based on the entire mesh. A better choice would be sqrt(nCells) for each zone. Still this would not guarantee the same size of the voxels across processors. However for this type of case refining the mesh near the wall should be enough or manually setting nDivs.

A first step to allowing wall contact is to make sure the cellCellStencils calculate cellTypes correctly. This is a proposed fix: inverseDistanceCellCellStencil.C

There are three changes needed to inverseDistance in order for it to work and two more which I find convenient when debugging. I’m attaching a version with all five fixes. 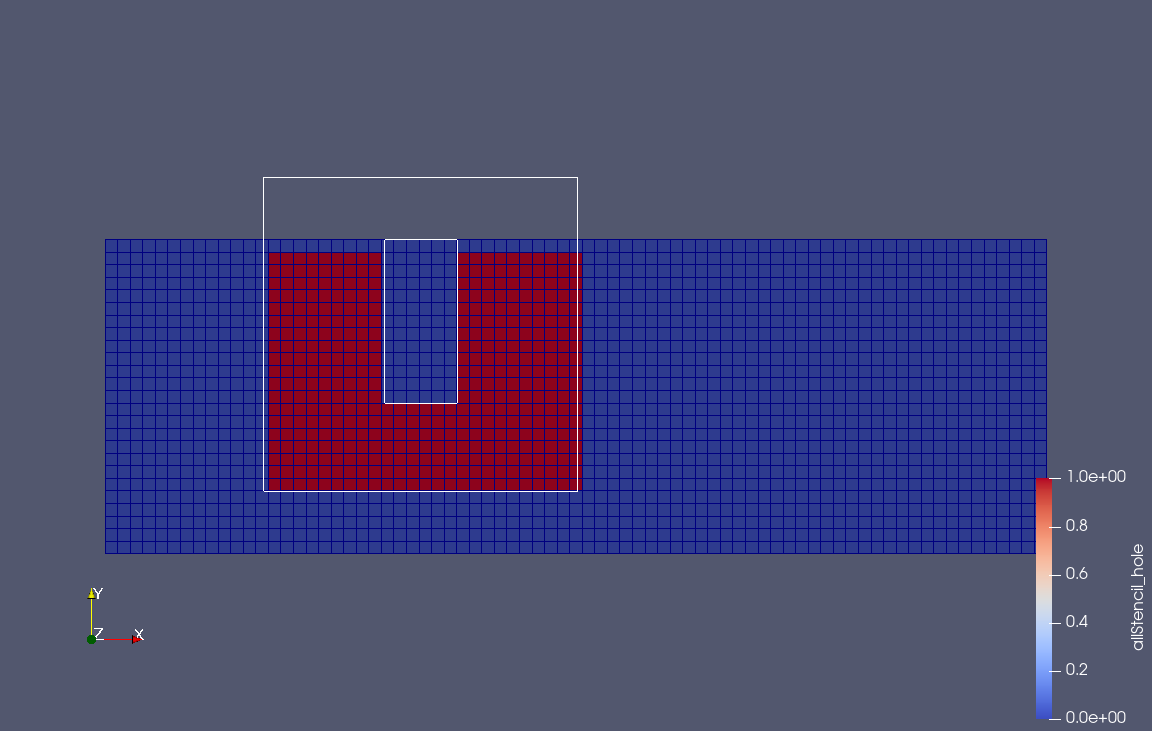 These patches just make inverseDistance behave with some sort of decency if walls between meshes are close. It’s not a guarantee that it will work. Mass won’t be preserved at all if there is a large change in volume. Change the movement to y direction instead in the test case. But I still think these patches should be included. There are many cases were only a moderate change in volume takes place when walls interact.

Secondly another solution is required for where walls intersect. The currently solution doesn’t crash and should be stable but an additional error will be introduced. For the cases I’ve tried this error is still smaller than the general mass preservation problem already present. I’ve been looking in to that with little success. At the moment I take note that overset in foam-extend is exact in terms of mass balance. For the same case (where no wall-to-wall interaction occurs) v1912 might have 5% error in mass while extend has an error in the order of the tolerance in the pressure equation. If there is interest I could file a different bug with my findings but I have no fix only indications to where the problem is.